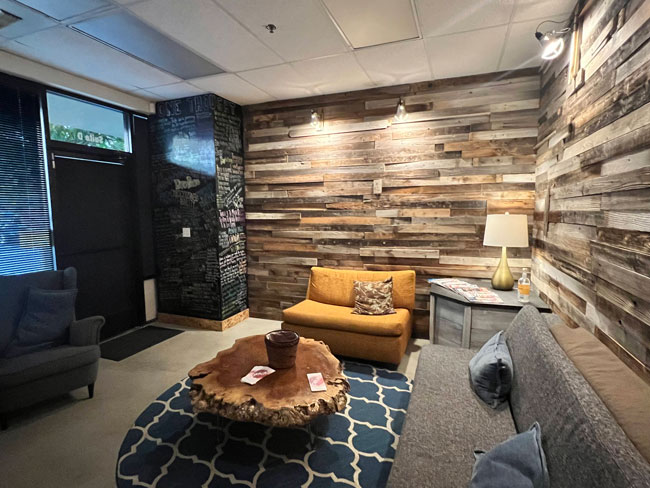 PMC believes in the “health of the helper” and the Three Principles: Mind, Consciousness, and Thought. In order to teach happiness, we must first be happy ourselves. In order to teach well-being, we must first be well. The value of simplicity is found in having a quiet mind. Out of a quiet mind flows peace and tranquility, which is shared with all we come in contact with.

This quiet mind can be seen in children who are very young. Children care little about the future and more about the “now”. They have basic needs and wants and are not plagued by the past longing for what could or should have been done. The trainers at PMC desire to capture that innocent essence of childhood. This desire alone is the willingness that creates the opportunity for awareness to appear.

Steven and Renee Crouch have worked together in the health care industry since the beginning of their marriage in 1992. They met while working in the same department at college and married 6 months later. PMC was founded in 1994 and became a non-profit 501c3 in 2008 under the category, “educational organizations”. This distinction allows PMC to not only partner with local colleges but expand their services into underserved areas.

Together, they went into healthcare from the administrative side working in a large physician organization. This job gave them both experience in network development, provider relations and insurance contracting. Their lives moved them back to the mental health world when they formed the consulting firm S.R. Crouch and Associates. Their consulting projects ranged from building and managing locked psychiatric units in med/surge hospitals to managing emergency room physician recruitment. During this period of their marriage, Steven had a small private practice but it was not what he had envisioned it to be. In 1997, Steven’s dad encouraged him to attend a “Psychology of Mind” workshop. The workshop unveiled a new approach to the helping profession. This new approach had been proven effective in Santa Clara County with community revitalization, The Department of Corrections, drug and alcohol treatment centers, and schools. After Steven and Renee went to a workshop at UC Berkley, the world of Psychology as they both knew it, took a huge leap forward into a realm they never imagined. 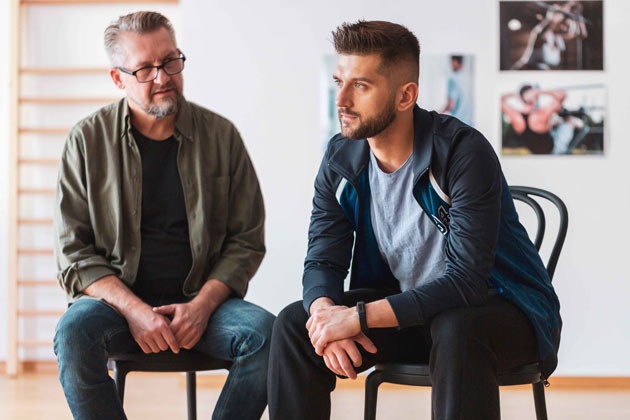 “Our staff is truly grateful for the work that we do and look forward to work with you through the discovery of your innate health.”

Steven was born and raised in Southern California. He attended Los Angeles Pierce College before moving for Graduate school in Bakersfield. He started S.R.Crouch & Associates, a healthcare and mental health practice consulting firm shortly after graduating. He is the Founder and President of PMC.

During his career Steven has worked as a consultant starting psychiatric programs in medical/surgical hospitals. He was also the administrator of a large medical group in Kern and Ventura Counties and taught at the local University. He began working with the Three Principles at the start of his counseling career and became a passionate educator of interns and trainees concerning the impact this understanding could have on individuals, families, employers, teachers and communities in general. Steven loves to fish, sit on the beach, garden and cook. Having lost a son and being a cancer survivor, he has personally seen the value of appreciating the moments in life. Steven considers himself extremely blessed to have the most fabulous wife by his side (this is an entirely voluntary statement from Steven) along with Corbin, Canon and Ivy, his three children.

Renee was born and raised in Bakersfield California. She moved to Santa Monica and received a Diamond Certificate from the Gemological Institute of America. Upon moving back to Bakersfield, she began work on her Master’s Degree in Business Administration and graduated in 1993 from Cal State University Bakersfield. She married Steven one year prior to graduation. Running S.R.Crouch & Associates for 10 years, she realized her true passion was for helping others. Renee returned to college and received her Master’s Degree in Counseling from National University. She is the Co-Founder and Administrator of PMC, as well one of our licensed clinical staff.

Her work as a counselor gives her the opportunity to teach children and adolescents her understanding of the Three Principles and how they are continually at work in their lives creating their unique perception of reality. Renee has a heart for working with care givers and those suffering from cancer. She cared for Steven during his four year battle with cancer and the lingering effects of that cancer. Having a quiet mind was the only thing that gave her comfort during uncertain times. Through her work with the Carsen Russell Crouch Endowment Fund at Children’s Hospital Los Angeles, Renee has been able to reach hundreds of medical staff personnel concerning the end of life issues parents experience when faced with the loss of a child.

Manage Cookie Consent
To provide the best experiences, we use technologies like cookies to store and/or access device information. Consenting to these technologies will allow us to process data such as browsing behavior or unique IDs on this site. Not consenting or withdrawing consent, may adversely affect certain features and functions.
Manage options Manage services Manage vendors Read more about these purposes
View preferences
{title} {title} {title}